A while ago I bought a 120 ft flag streamer and told Richard we needed to put them up on the alley and then film working cattle through it. Then we just kept forgetting to actually do it. Today we had to weigh 6 calves and castrate one bull calf. The wind wasn’t whipping, but it was variable with some movement, so I dug out the streamers, put them on both sides of the alley, crossed over with one flag hanging down right in front of their face as they went into the chute, and then, since I still had some left over, I put it over the gate and down the middle fence inside the corral. 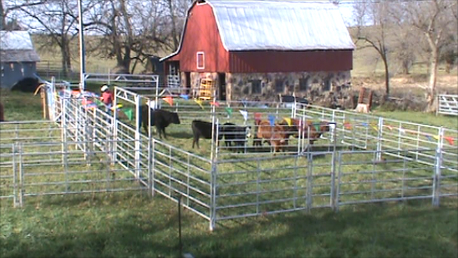 Richard easily put them into the corral right beside the streamers. 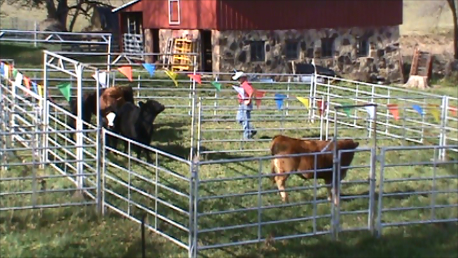 Richard noticed the calves looking at the streamers various times (with almost no change in their attitude), but this was the main thing I noticed in the video where this one calf kept looking and reaching up at the streamers over the gate. I think he thought it might be something good to eat. When he couldn’t reach it, he just went on through. 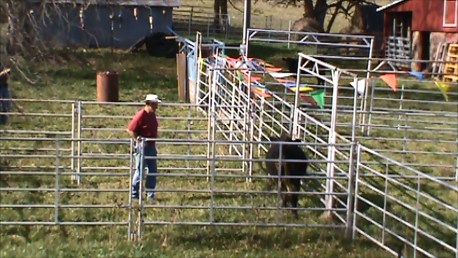 Putting the calves up into the alley was never easier! 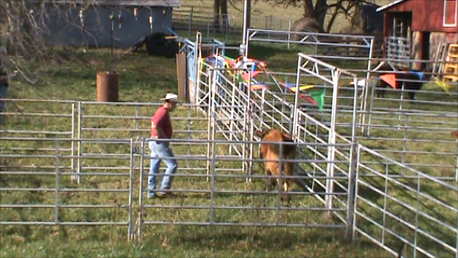 To see this video and lots of others, come to a stockmanship school!