Ag Tour Stopped on the Farm

Several months ago Don Lucietta, assistant to Representative Roy Blunt, asked us if they could bring the Representative and an ag tour group to see our switchgrass field in August? We said sure, why not? Well, we didn’t hear much about it after that, though they did ask for some promotional information and photos about us a month or so ago for the printed packet of materials they handed out to the group.

Then, this morning things started happening! KOLR 10 TV station called and asked if they could come out earlier and interview us.

Here’s the link to their finished report which appeared on TV tonight!

And here’s the link to the Springfield News-Leader articles in the August 12 issue. We were front page, above the fold in the actual paper! 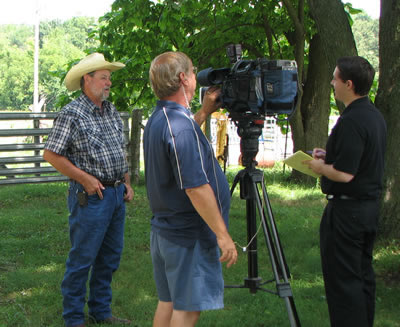 Richard was interviewed about our switchgrass field, our cattle business, and our low-stress livestock handling! 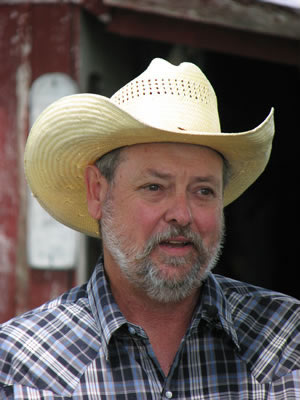 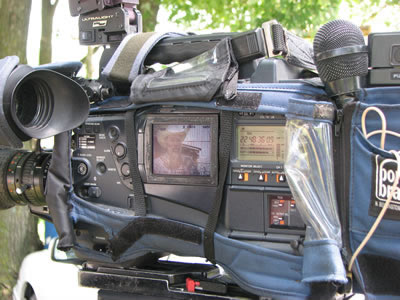 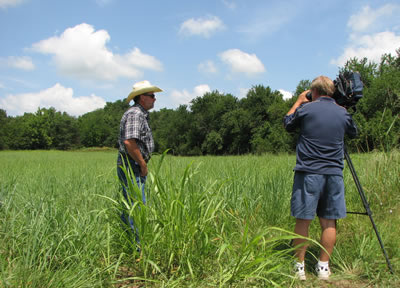 Then we drove down to the switchgrass field where the tour would stop and took some more film. 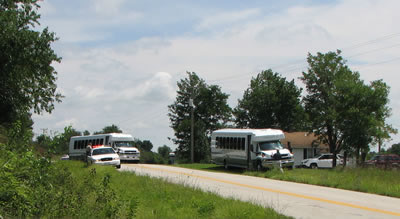 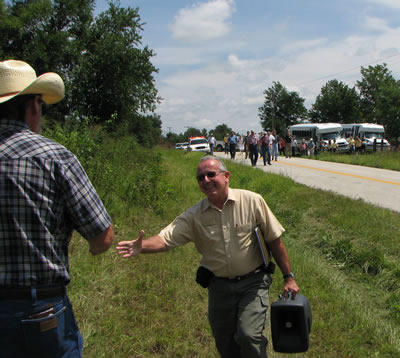 Don Lucietta was first out to greet us and get everything set up under a handy shade tree. 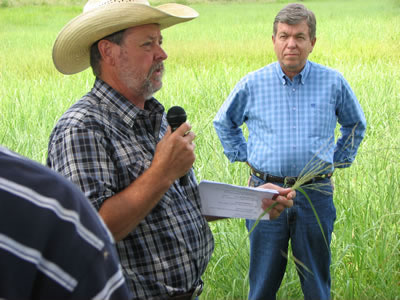 Richard described the switchgrass field, our ranching operation, and some stockmanship basics while Rep Blunt . . . 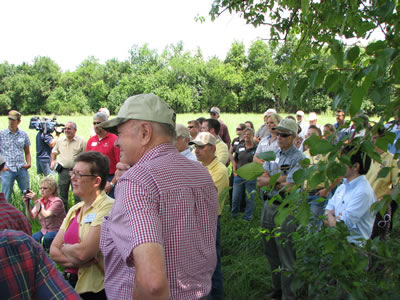 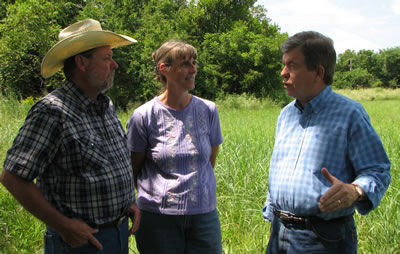 I even got in one picture!